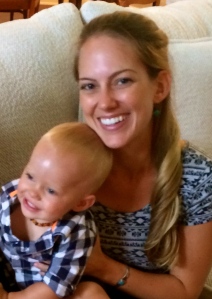 I feel emotions physically. If I’m verbally insulted, I feel like I’ve been shoved in the chest. When I fail, I feel like I’ve been kicked in the butt. If I make a mistake (and I make many,) I feel like I’ve been punched in the gut. But, the worst of them all, is walking away from my screaming child as I go to do any “grown up” activity that is too difficult to accomplish with a toddler in tow; when this occurs I literally feel like my heart is being ripped out of my chest. As I frantically text the babysitter, moments after I say my farewell, as my guilt laden tears plop on my phone, I quickly receive a photo of my smiling tot, who was shrieking those heart wrenching wails just thirty seconds prior. He’s fine; but me?I’m a teary guilt laden mess, with an aching heart. 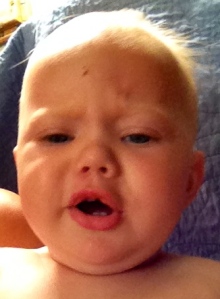 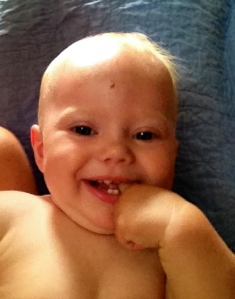 The more I subjected myself to the above mentioned scenario, the easier it became to ‘cut the cord’ for a few hours, and the wails were downgraded from ‘Code Red Heart Wrenchers,’ to ‘Code Yellow Heart Tuggers.’ A tug is much less painful than a wrench.

Regardless of the severity of my emotionally charged physical pangs of guilt, I always questioned whether or not I was making a mistake, partaking in whatever “grown up” activity required I leave my offspring behind that day. The addition of the possible ‘mistake’ served to add a gut punch to my heart wrench.

Because I’m a modern day mama who has loaded way too many awesome goodies on my plate, I make mistakes, a lot of mistakes; parenting mistakes, occupational mistakes, relationship mistakes, birth control mistakes (kidding! hopefully.) The mistakes are bountiful, and they too come with wrenching and tugging.

In the past, when these mistakes have occurred, I’ve either a) Frantically acted to do anything possible to rectify the mistake as soon as possible, ASAP, go go go, now now now. Or, b) Stuck my head in the sand and willed myself to forget about the problem until “tomorrow.” This usually consisted of a big brownie and a dose of too much television after I had coaxed my mistake-distracting-small-diaper-wearing-human to sleep; only because we had not yet set up our sand box.

The problem with “solution” a) was that so many stress hormones were released in my body as I panicked through my hurried problem solving, that it took hours after the problem was resolved for me to recover my equilibrium.

The problem with “solution” b) was that my butt would get sunburned, and my guilt and need to rectify my mistake would still be there tomorrow.

These were not solutions. Because I’m as far from perfect as polar bears are from Texas (with the exception of zoos,) all my non-perfect mistakes cast me into an almost constant state of sunburned butt panic. Because the aloe vera and chill pills began to get expensive, I had to find a better answer.

When a big ole perfectly un-perfect mistake would make itself known, I began to methodically go through the following steps:

1.) Take a deep breathe. Set an alarm for three minutes and focus on nothing but breathing. This quick yet effective meditation would balance me, and prevent me from getting sucked into a nauseating tailspin. Finding this state of calm would allow me to logically analyze my mistake, and resulting problem, without convincing myself that the world would surely end because I accidentally sent that photo of my naked baby with a diaper on his head to a client.

Mistakes and resulting problems have varying degrees of complexity, so my advice to myself (and you, if you’re looking for advice,) is to write out a plan, which covers the steps that need to be taken to resolve your problem, and when these steps should be completed. Make a commitment to yourself to act on these steps when planned. The gut wrench of a mistake is child’s play compared to the severity of a delayed-mistake-resolution gut wrench. Center yourself, create a logical plan for resolving the mistake (if one is possible,) and do it. I’ll be trite and say, ‘Just do it.’

3.) If there are no steps that can be taken to resolve the mistake, what can I do to release the problem, and move on? Sometimes I/we make mistakes that only screw over one person, me/ourselves. Or, sometimes we make mistakes that have no problem-solving steps that can be taken. In these situations, we definitely want to take stock of where we went wrong, determine what we could have done differently, and file it in our mental ‘Next Time, I’ll do a, b, and f Differently’ section. Beyond “learning our lesson,” in the case of the solo-screw-up, or no problem-solving-steps-slip-up, where there is no one to apologize to, or take to the hospital, we just have to make peace with ourselves, which leads me to…..

4.) Forgive. Whether or not I had to take action to resolve a mistake, or just had to learn my lesson from my solo-screw-over, I often had lingering guilt and personal resentment about my (usually not so massive) MASSIVE mistake. Even after filing away my ‘lesson,’ or receiving the ‘It’s no big deal! You’re baby is adorable and REALLY chubby’ email from the client, I would still feel guilt for not being ‘on top of it,’ ‘ahead of the game,’ or dare I say it, “perfect.” Something had to give, so I decided to forgive.

When I first set out on learning how to forgive myself, I was convinced it would be a long tough trail of peaks and valleys, taking months of dedication to learn the ‘art of forgiveness.’ But, what I learned, after a good run, and a ‘jolt-from-the-universe Ah-ha! moment,’ was that the ability to forgive was just a choice, just like the choice to me happy. I can be happy or not be happy; I can forgive myself or not forgive myself. It’s all my choice; no one else will make the decision for me. I choose to forgive. I make this decision on a daily, and sometimes hourly basis; it’s not always easy, but it’s always liberating. Oh, and if you have the inclination to blame someone else for the mistake, forgive them too.

When I first began this practice, I had this list typed up (or down) in my phone, and I would immediately pull it up before acting on an impulse, crying, or allowing my inner-voice to tongue lash me. At this point, after making 134,789 plus mistakes, I pretty much have it memorized, but still keep it handy. If it strikes a chord with you, write it down, try it out, and let me know how it works for you.

If you have your own tips, tricks, and techniques for working through mistakes, and forgiveness, please share them with them, I need all the help I can get. 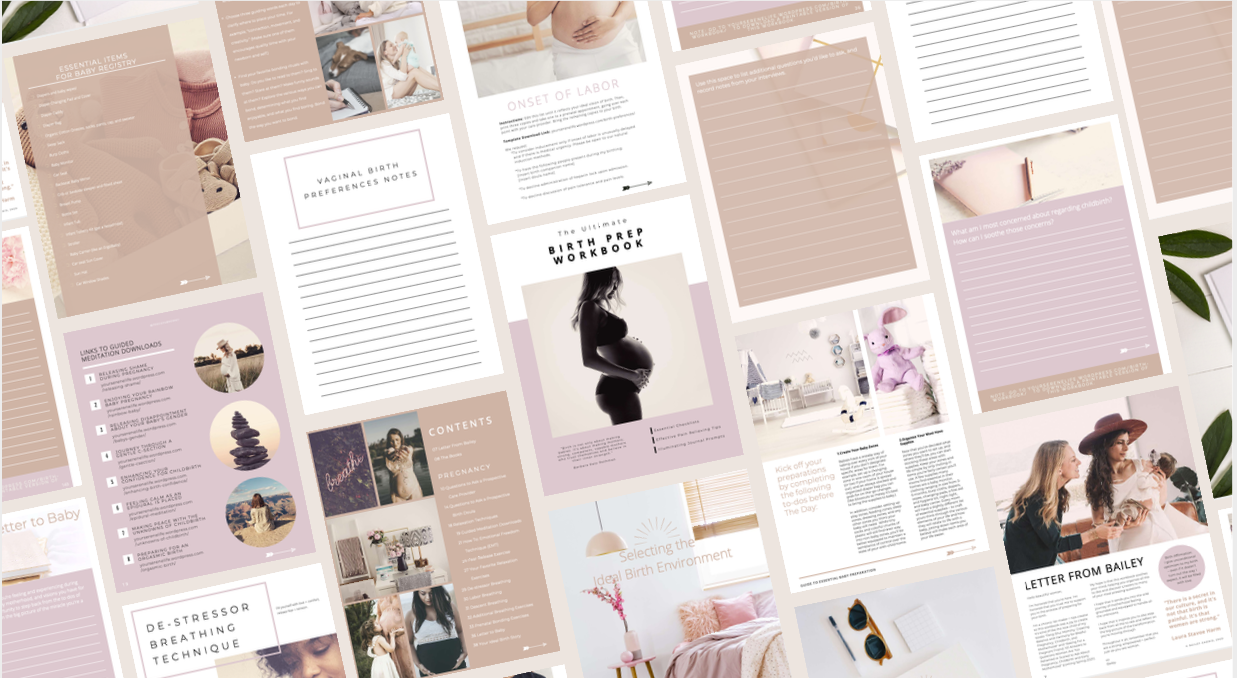